Houston is the nation's fourth largest city, home to 2 million people and a hub of international businesses. Houston's leaders are also focusing their attention on making their city not only a great place to live, but a great place to visit as well.

Houston is the home of the Texas Medical Center—the world's largest concentration of healthcare and research institutions—and NASA's Johnson Space Center, where the Mission Control Center is located.

Houston's economy has a broad industrial base in the energy, manufacturing, aeronautics, transportation, and health care sectors; only New York City is home to more Fortune 500 headquarters in the city limits. The Port of Houston ranks first in the United States in international waterborne tonnage handled and second in total cargo tonnage handled.

The city has a multicultural population with a large and growing international community. It is home to many cultural institutions and exhibits—attracting more than seven million visitors a year to the Houston Museum District. Houston has an active visual and performing arts scene in the Theater District and is one of few U.S. cities that offer year-round resident companies in all major performing arts: opera (Houston Grand Opera), ballet (Houston Ballet), music (Houston Symphony Orchestra), and theater (The Alley Theatre).

Houston is the largest city in the United States without formal zoning regulation. The city's land use has been credited with a bounty of affordable housing, sparing Houston the worst effects of the 2008 real estate crisis. The city issued 42,697 building permits in 2008 and was ranked first in the list of healthiest housing markets for 2009, according to Builder magazine. 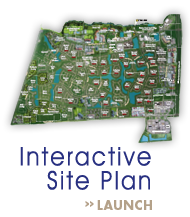